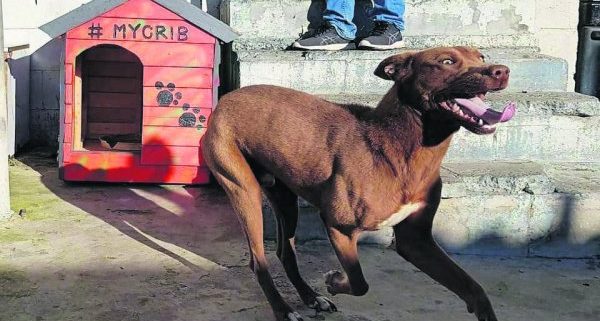 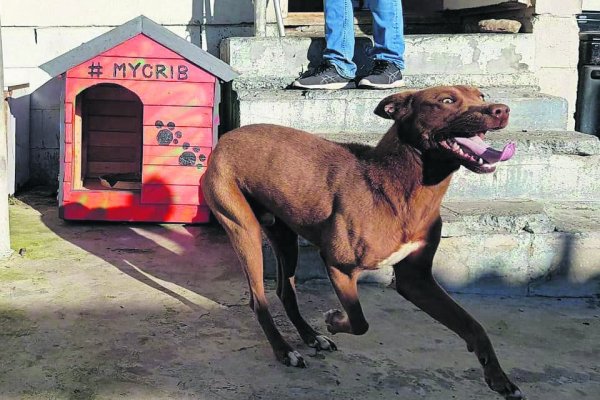 1 Kennel at a Time provides the essentials for dogs and other animals in need in Ocean View.

Five animal-lovers are making a difference to the lives of Ocean View’s pets by tending to the needs of animals in distress as part of the 1 Kennel at a Time initiative.

The initiative was founded five years ago after Ingrid de Storie, known as the Mother Theresa of Ocean View, and Corrine Wilson first met. They worked together on what was supposed to be a one-day project.

Wilson explains: “I approached The Open Door Centre in 2014 with the idea of wanting to hand out pet food. They introduced me to Ingrid. We were going to hand out 100 bags to stray animals. What started as a one-day project then evolved.”

De Storie had worked with animals for almost two decades before starting 1 Kennel at a Time.

“I had a love for animals from a young age. I worked at Tears Animal Rescue for 18 years. When I left, I couldn’t stop working with animals. I will never stop.”

“I used the money to put food on the table. Then I started buying dog and cat food.” 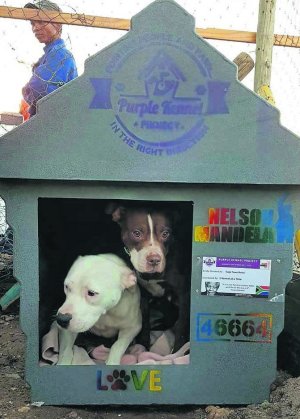 Wilson says the positive response of the community to the one-day project encouraged them to join forces permanently.

“We found that we both shared a great love for animals

“Ingrid had been providing food to distressed animals on her own before. She just needed a platform to keep on doing this work,” says Wilson.

Since then the team has grown to include Linda Fautley, Trijntje de Jonge and Tracy Stallard.

According to Wilson, dogfighting is one of the most prevalent abuse of animal rights in the community.

She says: “Young people are holding dog fights for money.”

Sergeant Leon Fortuin, the spokesperson for Ocean View police station, confirms there has been an increase in the lodging of dogfighting reports this year.

Willson adds: “A lot of people in Ocean View also breed their dogs for money. Educating pet owners about the importance of sterilising their animals is vital. Some simply don’t have the money to care for their animals.”

1 Kennel at a Time provides food to these pet owners while ensuring not to create a dependency. The initiative also treats sick dogs, nurturing them back to health.

“Our main goal is to help owners as much as we can so we don’t have to remove animals from their homes,” says Wilson.

To date, the 1 Kennel at a Time team has supplied 700 kennels, educated pet owners and helped animals in distress.

“We couldn’t have done this without the support of Tears Animal Rescue, The Dogbox Project, The Purple Kennel Project and the SPCA, as well as the help of generous citizens like Dave Vermaak,” says Wilson.

Vermaak has committed to pay the medical bills of a dog which the team is busy rehabilitating. According to De Storie, the dog was “just skin and bones”.

1 Kennel at a Time needs de-wormer, dog and cat food, and tick and flea deterrents.