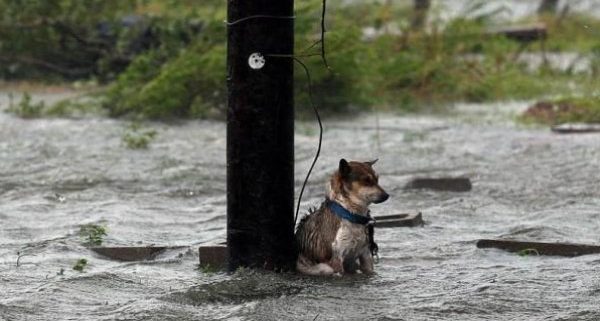 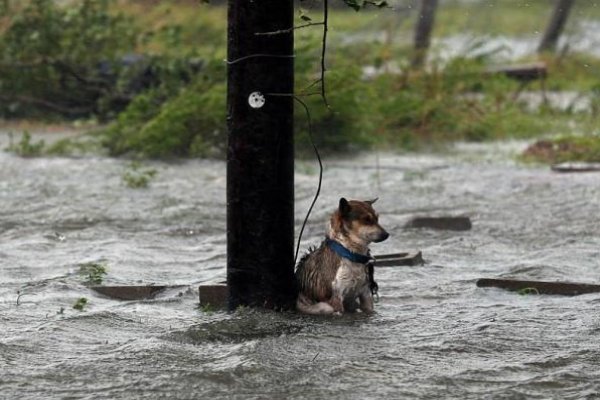 It has been far too many times all across America. People will just abandon their pets, usually dogs, when a natural disaster hits. They may leave them tied up outside or locked in a cage or simply just let them run around freely, scared and alone. Well this has happened too many times and now it will become illegal to do such a cruel thing and those who do will be severely punished, as they should be.

Senate Bill 1738 would aim to stop people from leaving a dog tied up and unattended outdoors during both man-made and natural disasters. Natural disasters include hurricanes, tropical storms or tornado warnings. The bill defines ‘man-made’ disasters as a situation in which someone has received fair notice from a local or government authority that an event attributed in part or entirely to human intent, error, or negligence, or involving the failure of a manmade system is either happening or will happen. This would give them enough time to get to safety, including their dogs.

Florida lawmaker Joe Gruters is the one who filed the bill that would authorize vets to report suspected violations without notifying the owner beforehand. However, it doesn’t work all the time. It would only be able to be used in situations where a warning had been issued by the National Weather Service or an evacuation order had been issued by local officials. Otherwise, the owners can say that they weren’t told about it in advance, making the case null and void.

Punishable by up to a year in prison

In regards to punishing those guilty of abandoning their dogs, the bill states that those who abandon animals by tying them up ‘commit animal cruelty’, and as such, they would be subject to a fine of up to $5,000 and a first-degree animal cruelty charge which is punishable by up to a year in prison. The proposal passed through the Senate Agriculture Committee with five favorable votes and no opposition.

One such example of when this punishment would have come in handy would have been after Hurricane Florence in North Carolina when many, many dogs were abandoned. Take a look at the video below that shows a group of six dogs who had been locked in a cage while their owner fled. The animals were clearly distressed, standing up on their hind legs, trying to get out as the flood waters rose. Had rescuers not got there in time, the dogs would have almost definitely drowned. Had that happened in Florida with the new law, the owners would have been punished greatly for their actions. If the bill is passed into law, it could come into effect as early as July 1st.

If I was ever in the unfortunate situation of having to flee from a natural disaster, my dog would be the first thing on my mind to take.

Rescued six dogs in Leland, NC, after the owner LEFT THEM locked in an outdoor cage that filled with flood water that was rapidly rising.

We got them out, but by the time we left, the water was so high that they would have drowned. BRING YOUR PETS WITH YOU! #HurricaneFlorence pic.twitter.com/tRibGxCjXy 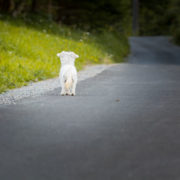