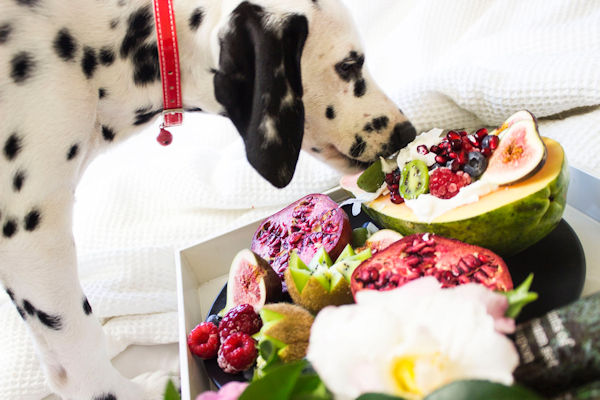 You may think you’re doing your furry friend a service by feeding them titbits here and there but now’s the time to rethink those generous handouts! Some common human foods are severely toxic to our pets and should be avoided at all costs.

Apple Cores
Apple cores and their seeds contain poisonous cyanide that prevents blood from transporting oxygen around the body, resulting in the interference of essential bodily functions. Symptoms manifest in the form of drooling, breathing difficulties, dizziness, seizures, hyperventilation, collapse, shock and coma. If you must treat your pet with apples, ensure the seeds and the core are removed before doing so. Rotten apples should also be avoided.

Raw Bread Dough
As dough rises in the oven, it will rise in your pet’s stomach, releasing gases in their gut that results in painful bloating and life-threatening twisting of the stomach. Raw bread dough can potentially cause breathing difficulties and impair the internal organs. Active yeast also produces ethanol which can result in seizures, comas or even death

Grapes and Raisins
Not much is known about which specific substance(s) in grapes and raisins causing pets to develop poisoning and consequently kidney failure, but it’s unsafe feeding your furry loved one these fruits.

Xylitol
Xylitol is being used more frequently as a sweetener in health foods and its healthy characteristics aren’t passed on when consumed by pets. Xylitol tricks the pet’s body into thinking that there’s been a rise in sugar levels, subsequently releasing insulin. Blood sugar then decreases to dangerously low levels that, in severe cases, can result in death. Initial symptoms of poisoning include lethargy, vomiting and loss of coordination that may advance to seizures if not treated immediately. Liver failure can ultimately result in a matter of days due to increased liver enzymes in the body.

Chocolate
Theobromine and caffeine are the main ingredients in chocolate that are toxic to dogs and cats. Vomiting, fever, seizures, upset stomachs and death could result depending on the quantity and type of chocolate consumed.

Raw Eggs
Consumption of raw eggs is dangerous to your pet’s health for two reasons. Firstly, raw eggs may contain bacteria like salmonella or E. coli which can lead to food poisoning. Secondly, the compound in egg whites, known as alvidin, can disrupt the body’s absorption of biotin (Vitamin B) which can cause skin problems as well as hair loss in cats.

Corn on the Cob
If your dog enjoys a mealie, rather separate the corn from the cob as they may chew off pieces of the cob which can cause severe and agonising blockages in the digestive system.

Wild Mushrooms
Although many mushrooms growing outdoors don’t pose much of a threat, some do, so it’s best to play it safe and steer your pooch away from any sort of wild mushroom in their path. If ingested, some wild mushrooms can result in kidney and liver damage, diarrhoea, vomiting, drooling, painful stomachs, seizures, comas or death.

Alcohol
A pet’s body and internal organs are significantly smaller than human’s and their metabolisms are different too, consequently making the breakdown of alcohol extremely challenging for them. Consumption of alcohol can result in diarrhoea, vomiting, breathing difficulties, reduced coordination, CNS depression, tremors, deviant acidity levels in the blood, comas and death. Contact your nearest Animal Poison Control Centre if you believe your pet has ingested alcohol.

Caffeine
As with alcohol, the effects of caffeine on pets can be far more severe than on the human body so if you suspect your pet has consumed a caffeine-containing product, monitor them closely for signs of heart palpitations, hyperactivity or vomiting. Remember that caffeine occurs in chocolate, cocoa, colas and energy drinks as well as medicines for colds and painkillers.

Avocado
Avocado are poisonous for dogs. Avocado plants contain a substance called Persin which is found in the leaves, fruit and seed so the entire plant should be avoided. Avocado poisoning can cause vomiting and diarrhea in dogs.

Baking Powder and Baking Soda
Baking soda is a leavening agent, and when combined with the heat found in your dog’s stomach, it will release dangerous gasses that can cause low potassium or calcium, high sodium, muscle spasms or heart failure. As Baking powder contains baking sods it should also be avoided.

Nutmeg
Nutmeg is toxic to pets due to a compound found in nutmeg called Myristicin. High levels of ingestion cause disorientation, hallucinations, increased heart rate and blood pressure, dry mouth, abdominal pain and even seizures.

Macadamia Nuts
Nuts, specifically almonds, walnuts and pecan nuts, tend to produce upset stomachs in dogs and cats. The worst of all these however, are macadamia nuts that can result in depression, weakness, vomiting, tremors and hyperthermia in dogs. Symptoms usually develop within 12 hours of consumption and can last from 12 to 48 hours.

Mouldy Foods
Mouldy foods can be just as dangerous to your pet as they are to you. Certain moulds are extremely toxic to cats and dogs and can cause severe and lethal tremors.

Cloves
Cloves and allspice both contain a compound called eugenol, which can cause liver toxicity in cats

Milk and dairy-products
Cats and dogs are lactose intolerant meaning they lack the necessary amounts of lactase to digest the lactose in milk and other dairy-products. This can cause severe discomfort such as an upset stomach, bloating and diarrhea.

Stone Fruits
Fruits with hard “stones” in the centre, such as apricots, plums, peaches, nectarines and cherries, are a scrumptious treat for your furry friend. However, be vigilant that they do not chew or swallow the pits as they are likely to cause digestive obstructions and are a potential choking hazard. Although not very likely, these pits also carry the risk of cyanide poisoning if ingested.

Animal Bones
Although a juicy bone may appear to be a special treat for your pet, they can be hazardous and even deadly. Splinters of the bone may become lodged in your pet’s digestive tract and even puncture the lining. This requires emergency medical care because if the internal damage results in a bacterial infection, the outcome can be fatal.

Raw/Undercooked Meat and Fish
Raw meat can contain bacteria such as Salmonella and E. coli that can cause severe food poisoning. Furthermore, an enzyme found in raw fish wipes out the essential B vitamin, thiamine, in cats. A deficiency in thiamine can lead to critical neurological issues and result in seizures or comas.

Salty Foods
Feeding salty foods to your pets should be avoided at all costs because large amounts ingested, can lead to sodium ion poisoning. Symptoms of an overdose of salt in pets can appear in the form of depression, vomiting, diarrhea, tremors, fever, convulsions or death.

Bacon
Bacon, whether raw or cooked, should not be fed to your dog. Bacon is firstly, extremely fatty which can lead to canine pancreatitis and even death.  Secondly, bacon is very high in calories and can result in hypothyroidism, obesity and cardiovascular disease. Thirdly, bacon contains high levels of salt which causes bloating. Bloating usually leads to excessive gas in the stomach which is hazardous to your pet.

Dog Food for Cats and Cat Food for Dogs
Cat food is specially designed for cat’s specific needs. They require varying amounts and forms of protein, vitamins and essential fatty acids, so if they are habitually fed dog food, it can lead to a critically malnourished kitty.

Liver
Feeding your pet, a small quantity of liver is acceptable, but too much can lead to vitamin A poisoning, the results of which can be fatal. Associated symptoms are bone deformities, osteoporosis and growths of bone on the elbows and spine.

Human Medicine
Unless prescribed by your veterinarian, human medicine should not be consumed by your pets. If you suspect your pet has ingested any form of human medicine, get medical attention urgently! 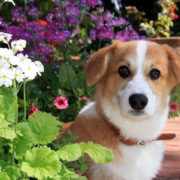 Sidestepping the Perils of your Garden Plants 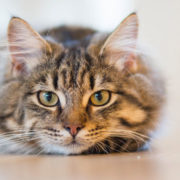 Can a Cough Kill Your Cat? 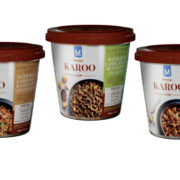 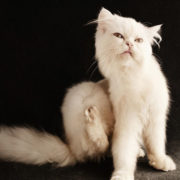 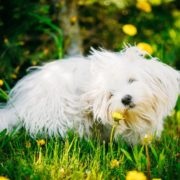 Everything to Know About Allergic Reactions in Dogs 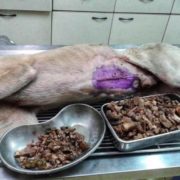 Don’t Give a Dog a Bone 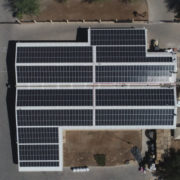 Six problems your dog’s diet could be causing