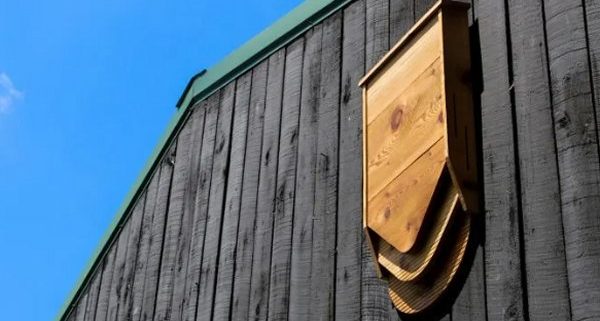 Summer draws nigh, which means it’s mosquito season. You have your usual arsenal of tiki torches, insect repellent oil, electric zapping lamps, and insecticide needed to fight them and the nasty viruses they carry. But there’s a more nature-friendly way to destroy these buzzing annoyances: bats, which can eat up to a 1,000 mosquito-size insects per hour.

That’s what BatBnB wants you to know. The company first took shape in 2016, with some sketches and brainstorming by an Google employee and an architectural designer. Their mission: to turn bats into a pest-control weapon for homeowners by creating nice homes for them that look great in people’s yards. Both founders had experiences with bats when they were kids. One, Christopher Rannefors, grew up building bat houses with his dad in Massachusetts. The other, Harrison Broadhurst, had a mom who was a grade-school biology teacher and used to incorporate bats into her classes.

But even when you explain to people that bats are amazingly effective pest controllers, they may not embrace the creatures on their property. Most people are just scared of bats—you can thank Dracula for that but also just the fact many think of them as rats with wings. 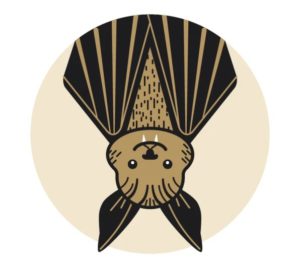 I spoke with Rannefors via email about how people react to their idea of introducing a bat house into their lives. He told me that half the challenge is to convince people to do it in the first place: “Bats are radically misunderstood, threatened, and undervalued for their insect-eating skills,” he told me, “so we are trying to rebrand bats so more people will respect them.

Because of this stigma—and the destruction of their natural refuges by humans—bats are also increasingly threatened in modern societies and in desperate need of help, he says. He believes that, for each consumer who gets one these houses, a neighbor may join in the fight to keep their families safer while giving bats a way to thrive. Bats also impact the economy: U.S. farmers save more than $24 billion a year in crop damage thanks to these creatures’ presence in agricultural areas.

He believes there are two facets to rebranding bats. One is consumer education about these critters’ abilities and how benign they are to humans once you get past their looks. For that, they partnered with a leading bat expert, biologist, and conservationist, Merlin Tuttle, to promote the virtues of bats among potential buyers.

The other part is design. Rannefors and Broadhurst believe that designing beautiful bat houses will have a halo effect around these critters. “The current bat houses on the market are poorly designed for the animal and looked awful,” he says. 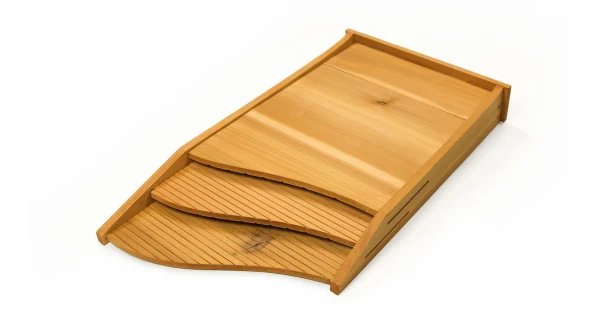 Made of a variety of sustainable woods, BatBnB’s handcrafted designs have elegant curves that conjure up elegant architecture. Some even feel like something that Frank Lloyd Wright could have created himself had he been a bat fan.

The designs are not only aesthetically pleasing—they are optimized for bats’ biological needs: They feature long flat boxes that you hang on the side of your house, with the bat entrance on their bottom. Inside, milled grooves, optimized for the creatures’ claws, allow them to easily climb and latch comfortably at any height. Bats can choose to rest in cooler or warmer spaces within the house thanks to a series of venting holes drilled on the sides at different intervals. During the day, the bat house soaks up the sunlight, warming its interior nicely without cooking the flying critters and keeping it cozy at all times.

If I weren’t living in a city, I would totally get one. Bats actually remind me of nights of endless summer when I was a kid at my parents’ home, with them buzzing above our heads hunting down mosquitoes like it was the Battle of Britain.