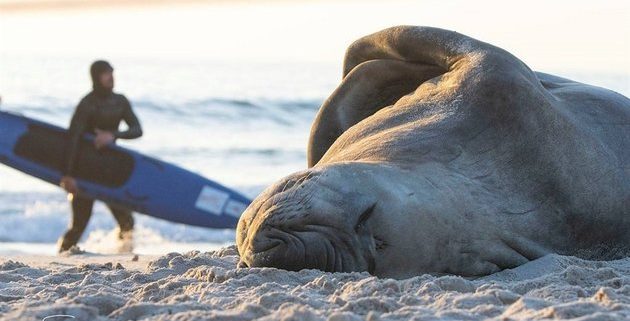 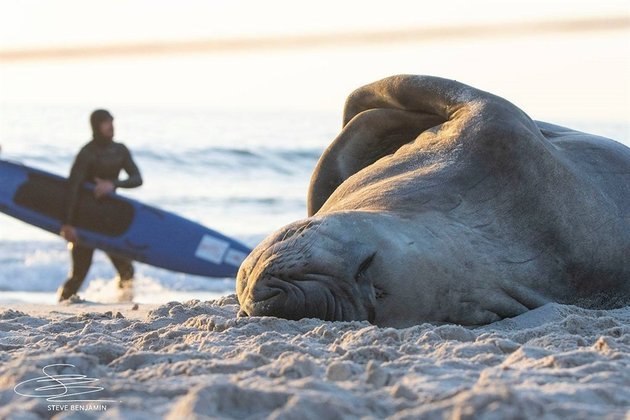 Beach-goers in Cape Town found themselves sharing the sands at Llandudno with an unusual visitor, a Southern Elephant seal, on Thursday.

“In 2016 we were surprised to find a young Elephant seal resting on the island with our Cape Fur seals,” he explained in a post on Facebook.

Southern Elephant seals – which can weigh up to 4 000kgs and dive to 2 388m for up to 120 minutes – are normally found in the Southern Ocean, with the closest colony being on Marion Island, 2 147km away from Llandudno.

This particular Elephant seal, Buffel, was, however, born in Cape Point and considers the seas around Cape Town to be his home.

Buffel was tagged by scientists on the Buffelsbay slipway, with a small yellow flipper tag (#16577), which helps identify him from other Elephant seals. He also has some scarring to his eye and chin.

Buffel is currently enjoying time out on Llandudno Beach having just finished his annual moult. He will be resting on the sands while his new skin toughens up.

Southern Elephant seals haul out for one month each year for what is known as a ‘catastrophic moult’, when all their skin is shed at the same time. It leaves them with a temporary sensitivity to temperature changes.

Benjamin said Buffel moults somewhere on our coastline every February and has in the past visited Fishoek Beach and Buffelsbay Beach.

Beach-goers can rest assured that he is fine.

“He is not sick or injured and doesn’t need to be chased back into the water,” Benjamin added.

The Llandudno Lifesaving Club has put a barrier around Buffel to ensure people visiting the beach give him space.