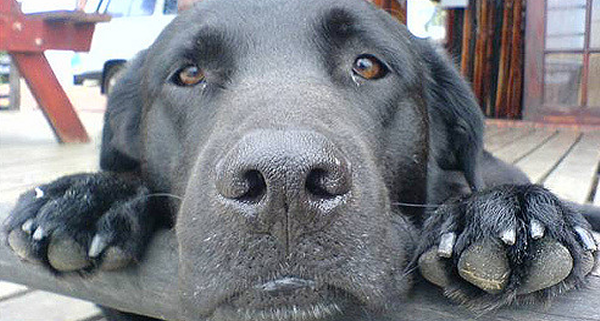 No one likes having a runny nose. Primary viral and secondary bacterial infections are common in pets and people. Most of the time these infections are self-limiting or are treated without complications. Occasionally fungi cause serious infections in the frontal sinuses and nasal passages of dogs. The most common fungal disease that causes nasal discharge in dogs is called aspergillosis. This week I wanted to share some pertinent information about this relatively common sinonasal problem. 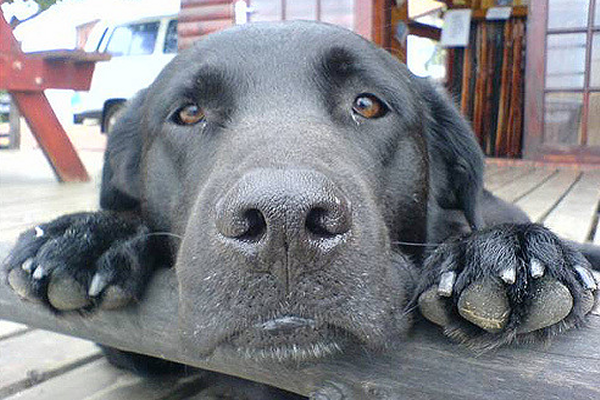 Aspergillosis – What is it?

Aspergillosis is a fungal infection most commonly caused by the fungus, Aspergillus fumigatus. Occasionally, A. flavus, A. terreus, A. deflectus, and A. niger are implicated too. This fungus is ubiquitous in the environment, frequently found on dead leaves and decaying vegetation. The fungus sheds microscopic spores called conidia that readily inhaled by dogs. Dogs have multiple protective mechanisms in the nasal passages. Conidia can be trapped in the sinuses, get stuck in mucus lining the nasal passages, and can be expelled through sneezing. In other parts of the respiratory mucus and hair-like structures called cilia constantly trap and attempt to clear pathogens likes fungi from the airways. 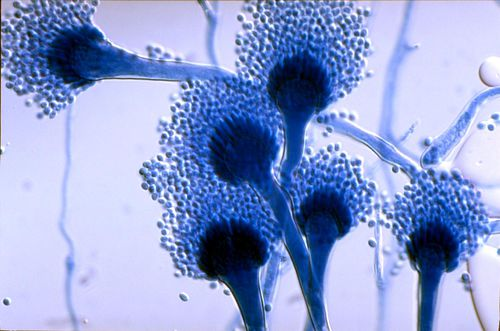 As mentioned earlier, A. fumigatus is present universally in the environment. Yet, only some dogs develop aspergillosis. Further, most dogs who develop this disease do not have globally compromised immune systems. Research suggests the fungus induces local immune dysfunction. The immune system normally produces many chemicals (called cytokines and chemokines) the help confine the fungus to the nasal passages and frontal sinuses. This process is quite robust. However, dogs with aspergillosis produce too much of some of these cytokines locally in the nasal passages and frontal sinuses, specifically interleukin-10 (IL-10), IL-23, and IL-17. Too much of these interleukins prevents the immune system from properly effectively eliminating the fungus from their bodies of infected dogs. Why some canines produce too much of these unique chemicals is not known at this time.

Aspergillus fumigatus infection is typically confined to the nasal passages and frontal sinuses. It causes atrophic rhinitis, meaning is eats away at structures inside the nose, including bone. The most common clinical sign is nasal discharge that can be one-sided or involve both nostrils. Other frequently encountered signs are:

There is no age or sex predilections. Any breed of dog can be infected. However, long-nosed breeds (called dolicocephalic breeds) like German shepherds and Labrador retrievers are over-represented. Occasionally, the fungus can infect the lungs. Rarely, the organism spreads throughout the body. This is called disseminated aspergillosis, and is often fatal. 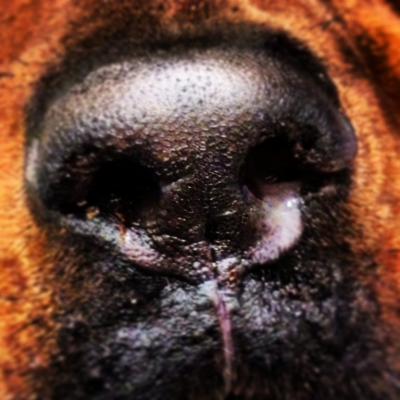 Aspergillosis – How is it diagnosed?

Veterinarians will recommend initial blood and urine testing in dogs with nasal discharge. These non-invasive tests yield both important information about the presence of fungal infection and they also screen for evidence of major organ system dysfunction that could complicate treatment.

Currently there is no single definitive diagnostic test for sinonasal aspergillosis. Current recommendation is to meet 2-3 of the following criteria: 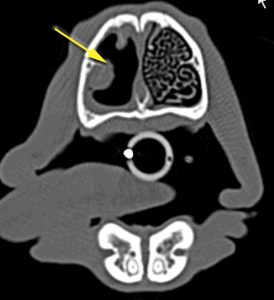 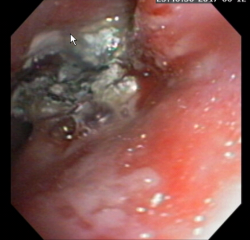 Canine parents may find it particularly helpful to partner with a board-certified veterinary internal medicine specialist to develop a logical and cost-effective diagnostic plan.

Aspergillosis – How is it treated?

Patients with sinonasal aspergillosis are not traditionally treated with systemic medications. Rather, they’re treated with a local infusion of an anti-fungal medication directly into the nasal passages and frontal sinuses. This procedure is performed while the patient is under general anesthesia. Both nostrils and the back of the throat are sealed off with special balloon catheters called Foley catheters. A topical fungal medication (e.g.: enilconazole, clotrimazole) is infused into each nostril and frontal sinuses. The drug incubates in these locations for at least one hour. Patients are periodically rotated to ensure the medication contacts all surfaces of the frontal sinuses and nasal passages. This procedure has an ~86% success rate. Approximately 33% need more than one infusion. Nasal discharge often resolves within one month.

As we’ve discussed, the fungus destroys cartilage and boney structures inside the nasal passages. One of these important bones is called the cribriform plate. The cribriform plate separates the nasal passages from the brain. If this bone has been compromised based on CT or MRI images, then local infusion therapy should not be performed. Rather, these patients should be treated with systemic oral anti-fungal medications. Unfortunately, this form of therapy is not nearly as effective (60-70% success rate) and requires several months of treatment. Oral anti-fungal medications have several potential side effects, including gastrointestinal upset and liver toxicity.

The take-away message about aspergillosis in dogs…

Aspergillosis of the nasal passages and frontal sinuses in dogs arises when a dog’s immune system can’t effectively clear the organism from the body. The most common clinical sign is nasal discharge. With early identification and treatment, patients can be effectively treated and lead a high quality life. 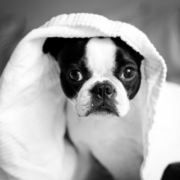 Rhinoscopy in Dogs & Cats – Looking Inside the Nasal Cavity 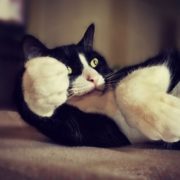 CATastrophes – When Your Cat Needs an Emergency Room 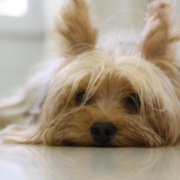 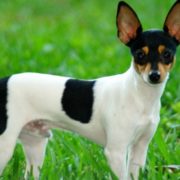 Ectopic Ureter – A Cause of Urinary Incontinence 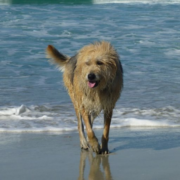 Drop It Like It’s Hot Spots - Pyotraumatic Dermatitis in Dogs 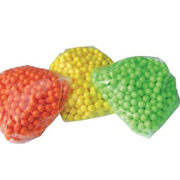 Paintball Toxicosis in Dogs – Not All Fun & Games