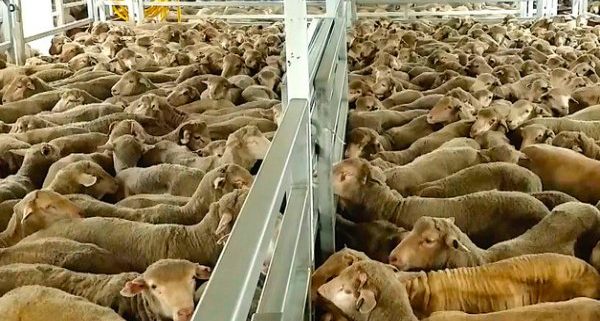 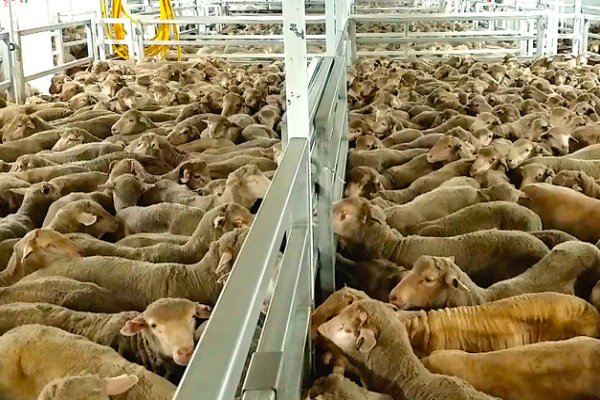 Due to the blockade of the Suez Canal, 200,000 animals are stuck on ships without enough water or food (Photo: Animals International)

The worst maritime animal welfare tragedy in history could, by now, be unavoidable, says Gabrile Păun, the EU director for Animals International, an NGO.

There are 16 ships taking live animals from the EU to the Persian Gulf which have been stuck for several days behind the stranded ‘Ever Given’ cargo vessel in the Suez Canal.

Even with the Ever Given now slowly moving again, the live animals inside the blistering cargo containers, which are quickly running out of feed and water, are now nearing an even more tragic end than that which awaits them in the slaughterhouses at their destination.

Even if the ships were to resume full course today, the water and food would not last until their sea journey is over.

Some six of the 11 ships full to the brim with the live animals from the South-Eastern European nation are in a particularly critical situation. They were supposed to reach harbours in the Persian Gulf over four days ago, but still have not left the Canal.

According to EU law, ships carrying live animals need to load 25 percent more food than planned for their trip in case of delays, but animal welfare organisations warned that this rarely happens.

Meanwhile, Păun explained to EUobserver that even with the 25 percent buffer, these ships would now run out of animal feed long before they arrive in port.

“A ship that left Romania on 16 March was scheduled to arrive in Jordan on 23 March, but instead it would now reach port on 1 April at the earliest. That is a nine-day delay. Even if the ship had the required 25 percent additional animal feed, it would only have lasted for 1.5 days”, he said.

The ‘ANSVSA’, the Romanian authority in charge of live-animal exports issued a press release two days ago saying that after reaching out to those in charge on board the ships, there is enough food and water to last a few days.

The press release added that live animal exports have been currently suspended until the situation in the Suez is dealt with.

But for Păun, those responsible for the shipment would never admit that animals are dying by the thousands on their vessels.

Meanwhile, the EU legislation does not compel an EU member state to report on animal mortality on board these ships and Romania would never release that information voluntarily because authorities know that it would lead to investigations, he added.

Romania is one of Europe’s largest live-sheep exporters and has several times been singled out by the European Commission for its bad practices regarding live-animal exports.

Last year, Romania was red-flagged by Brussels for failing to meet live-animal transport conditions after more than 14,000 sheep drowned when a cargo vessel capsized off the Black Sea coast.

A year earlier, the then EU commissioner for food safety, Vytenis Andriukaitis, urged Romania – to no avail – to stop the export of 70,000 live sheep to the Persian Gulf because temperatures inside the cargo vessel exceed 60 degrees Celsius.

Instead, Romanian authorities increased their live-animal exports, despite an investigation that showed animals exported to Gulf countries dying from the high temperatures, being unloaded violently off ships, squeezed into car trunks, and slaughtered by unskilled butchers.

Păun says the only chance now for some of the animals to make it to destination alive is for Egyptian authorities to move quickly and clear the ships trapped in the Suez.

“I am appalled that legislation did not offer Romania the power to command cargo ships to return back home. Romania should have used diplomatic pressure to resolve the issue,” he said.

“According to a ruling by the European Court of Justice, the EU member state exporting live animals to a third party country is responsible for their wellbeing until reaching destination”, he added.

For Păun, Romania should move toward exporting meat rather than live animals.

“It would cancel the unnecessary suffering of the animals and would be more economically profitable for Romania”, he said.

But even though other countries have agreed that exporting processed and refrigerated meat is far more profitable and less cruel, live animal exports remain unabated from Romania.