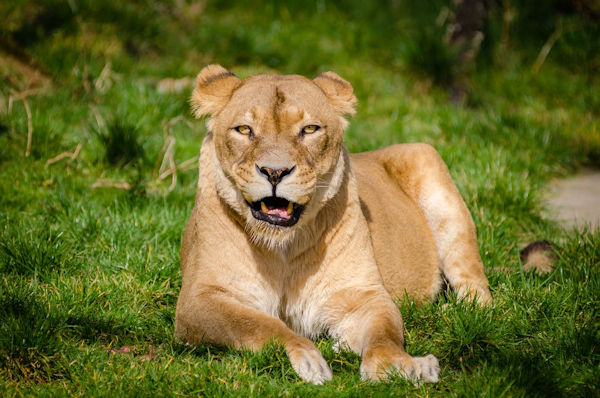 The quota is in line with a decision taken by the Convention on International Trade in Endangered Species of Wild Flora and Fauna (CITES) last year, the Department of Environmental Affairs said.

CITES banned the export of bones from wild lions, but allowed South Africa to establish a quota for bones derived from the country’s captive breeding facilities.

The private ranches have up to 8,000 lions, more than twice the number of lions that South Africa has in the wild.

But the ranches have been criticized for separating lion cubs from their mothers for tourists to pet, and for allowing trophy hunters to shoot half-tame adult lions in so-called “canned hunts” in which the animal has no chance to escape.

South Africa has for years allowed the trophy-hunting industry to export lion bones to Asia, where they are used in traditional medicine.

The Department of Environmental Affairs expressed “concern that if the trade in bones originating from captive-bred lions is prohibited, lion bones may be sourced illegally from wild lion populations.”

The organization Pro Wildlife dismissed the argument, saying it would be difficult to control whether the bones come from captive or wild lions and that the trade could encourage poaching.

“It also means a free ticket for the abominable business with the hunting of captive-bred lions and fuels the demand for body parts of endangered animal species for alleged miracle remedies,” said Daniela Freyer from Pro Wildlife.

Lion-bone trade is on the increase after trade in tiger bone was banned, the organization said, warning that Africa’s lion populations have dropped by half to less than 20,000 animals over the past two decades.

Download the PDF document : Cape Agulhas Municipality (By-laws relating to animal care and control and the keeping of animals, poultry and bees)

Download the PDF document : City of Johannesburg (By laws relating to dogs and cats)

Download the PDF document : George Municipality (By-law relating to nuisances arising from the keeping of animals)

Download the PDF document : City of Johannesburg (By-laws for the protection of wild animals and birds)