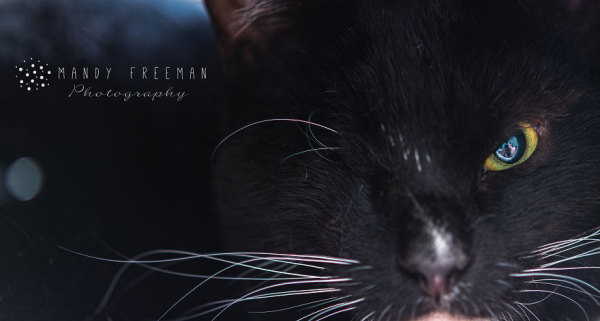 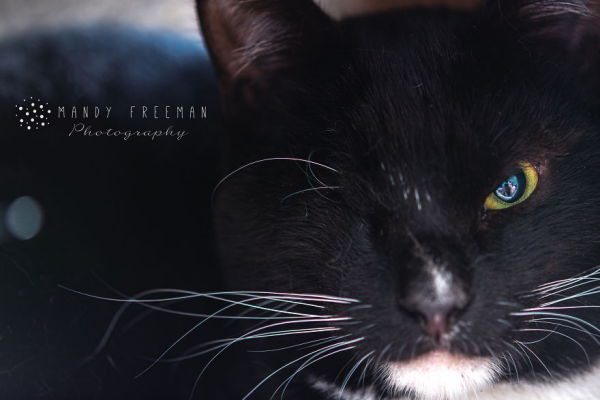 Captain Hook became a pirate cat due to an injured eye. He has also had reconstructive surgery on his functional eye due to an incomplete eyelid. He’s very timid and very attached to another cat that was trapped with him – Tinkerbell. This dynamic duo, affectionately nicknamed Tinkie and Captain, are still waiting to meet their humans – for now, they’ve lived at PlumPets animal shelter in Plumstead, Cape Town. This photograph was a challenge to get – he refused to come out of the safety of his cat tree. So, I sat quietly with him, getting to know his gentle soul while listening to his beautiful purr. The image is a bit grainy due to the high ISO I had to use, but I believe it adds a bit of mystery and magic. 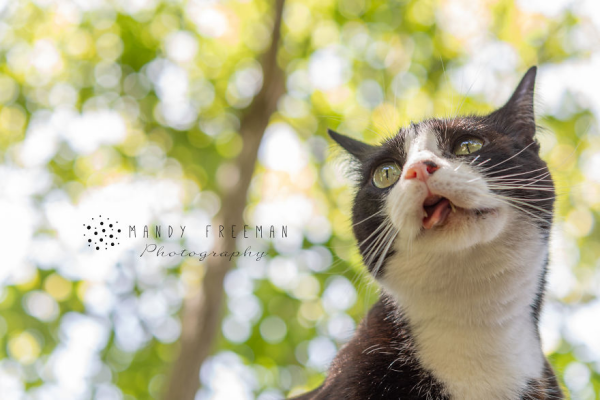 It was love at first sight when I met Chuck at PlumPets animal shelter. He was a tiny non-descript kitten who made a beeline to my lap. On closer inspection, I realized there was something wrong with his mouth. I was heartbroken to hear that his chances of adoption were slim because he is “different” but that it was ok because they keep all the “rejects”. I couldn’t let that happen – I had to have him in my life. Four years and one dental surgery later, he’s the most precious wonky-jawed boy. No matter what life throws at him, he finds a way to push forward. He inspires me to be the best I can no matter how tough life can get. I’m beyond grateful the animal rescue organizations that work tirelessly to help the helpless and, in particular, to the ones that give perfectly imperfect animals a second chance. 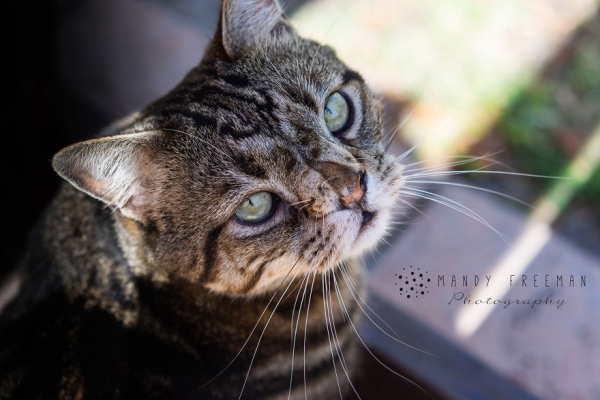 Handsome boy Diego has a special nose – like his namesake the saber-toothed tiger from Ice Age. He was surrendered to TEARS with his mom (who had cat flu) and siblings when he was just a few days old. His human mom met him when he was just 13 weeks old and it was love at first sight. “He’d been overlooked until my daughter spotted him. We had to have him in our lives.” Today he lives happily in Kirstenhof, Cape Town, surrounded by a loving family of cats and a dog called Moose. He might struggle with allergies and sounds like Darth Vader when he breathes, but he’s loved, happy and home. 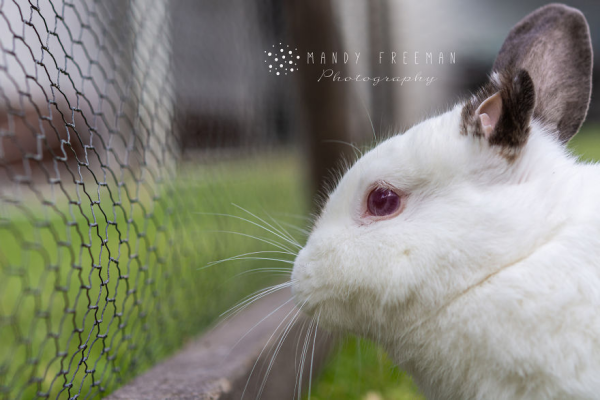 Fluffball Whiskey was adopted from the SPCA in Grassy Park, Cape Town. His mom says, “Who knows what horrors he went through but in the process lost his ear and his tail. He was such a skinny little boy and was so weak his little feet would just slide out in front of him.” But that’s in his past, today he’s living his best life as an indoor bunny with his bestie Soda in Bergvliet, Cape Town. He loves eating kale, carrots, and apples while giving endless soft cuddles. During this shoot, he hopped around enjoying a touch of sunshine and grass tickling his feet. 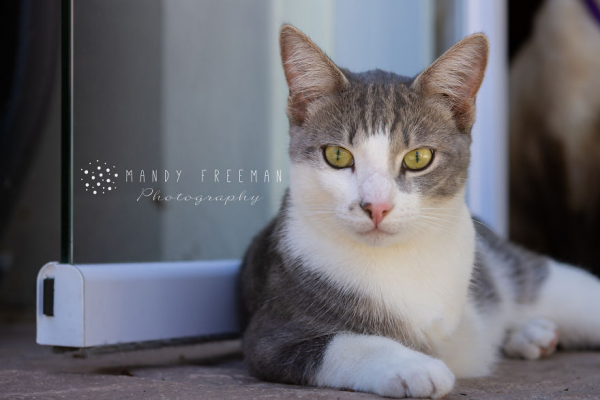 He may only have three legs, but that doesn’t slow Mr. Grey down one bit. He’s happy to be a foster fail – he comes from Mdzananda Animal Clinic in Khayelitsha and they suspect he was hit by a car. His human mom took him in while they were waiting for his leg to be amputated (“It couldn’t be saved and was just dead weight,” she says). Well, he stole their hearts and now he’s kicking back in Parklands, Cape Town surrounded by a house of brothers and one sister. 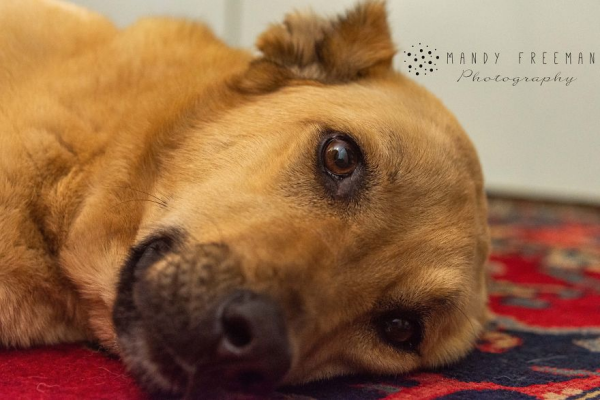 Beautiful Selcuk was rescued as a puppy in Turkey where her ears were brutally cut off – this was fairly common at the time as a way for people to identify the strays. When her dad found her and knew he had to have her in his life, he moved the world to bring her home to Pinelands, Cape Town. It was an expensive and difficult journey but today she’s a shy, gentle, kind soul who loves belly rubs and quiet words of encouragement. She took a long time to get to know me, and the day I wanted to photograph her, she refused to come out of this room – I had to improvise by joining her on the floor. 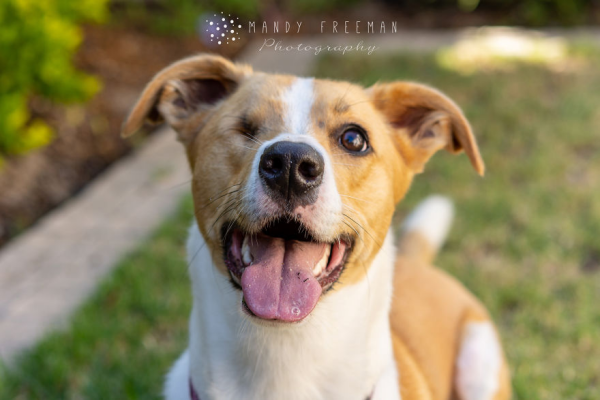 Sweet Layla was only about five to six weeks old when she was brought to Dr. Rozanne Visser, a vet who was helping at a Tin Can Town outreach in Blikkiesdorp, an informal settlement in Cape Town. She had a large open wound on her chest and a bad ulcer on her right eye. Unfortunately, her eye couldn’t be saved and had to be removed – but while that was happening, Dr. Visser fell in love with her and adopted her. Today she’s living her best life in Parklands, Cape Town, and really doesn’t believe she’s any different to any other dog out there. 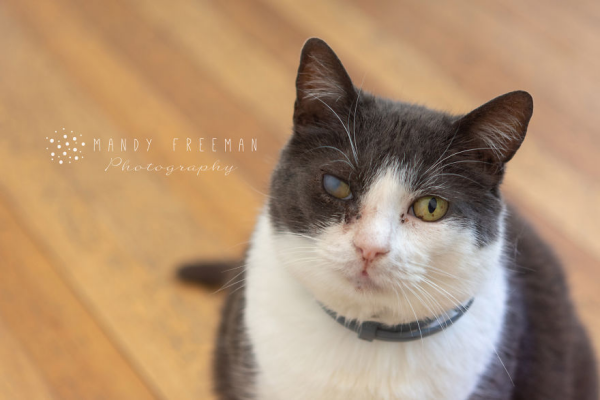 Darling Anushka has gone blind in one eye due to excessive scratching caused by a food allergy. She’s very affectionate and loved her moment in front of the camera in the PlumPets cattery, where she’s patiently waiting to find her forever home. While she knows her forever family is out there, she’s being well looked after and loved by PlumPets, an animal shelter located in Plumstead, Cape Town. 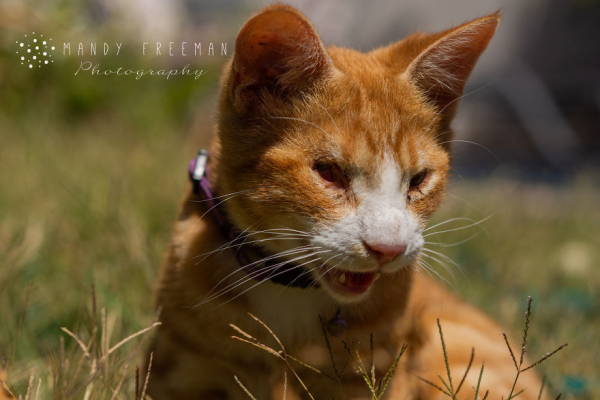 Feisty ginger Master Jack Sparrow is another foster fail who lives with Mr. Grey in Parklands, Cape Town. He was adopted from DARG in Hout Bay, Cape Town. One of his eyes did not develop correctly, while the other has a deformed eyelid. He will have the dud eye removed, and corrective surgery on the other eye that also has a cataract. It’s highly probable that he will go completely blind, but because he’s not going anywhere he will be able to find his way around his home. He is highly energetic and attached to his new brother, Mr. Grey – they spent ages racing around the garden chasing bugs and one another, barely sitting still for long enough for me to snap a photograph. 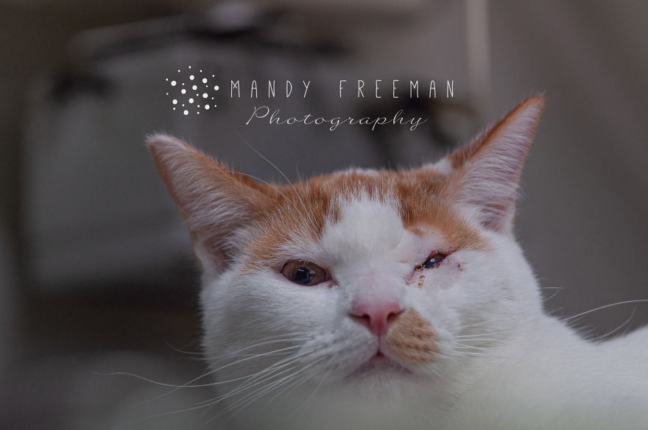 Bello lived in a colony that two elderly ladies were feeding. Unfortunately, they were no longer able to care for the cats and phoned PlumPets to remove them. The most troubling thing about the colony is that many of the cats had incomplete eyelids – including Bello. He’s had four separate surgeries to fix his eyelid (this photo was taken shortly after his last surgery). He may need to undergo a fifth surgery depending on how his recovery goes. Although Bello is not feral, he is very shy and takes a bit of time to get to know you. But, he’s hopeful that his forever home is out there. For now, he’s living at PlumPets animal shelter in Plumstead, Cape Town. 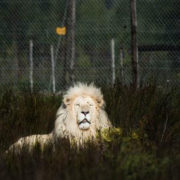 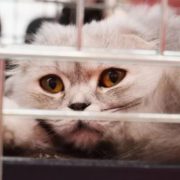 Compassion Fatigue For Animals Rescuers: What You Should Know Before You Judge 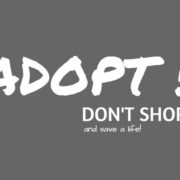 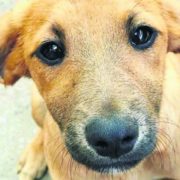 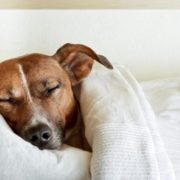 The “Uber” of shelters sterilised over 400 dogs this past weekend